OUT ON JUNE 25. VIA METAL BLADE RECORDS 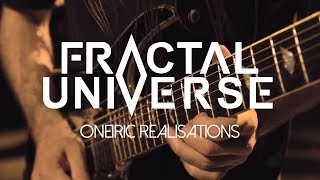 On April 19th, Fractal Universe will release their new album, "Rhizomes of Insanity," via Metal Blade Records. In anticipation of this release, the band has launched a video for the record's first single, "Oneiric Realisations"! Directed by Vincent Tournaud, the video was shot during 2 days of October 2018 at l'Autre Canal in Nancy, France. A special attention was given to the lightings and color grading, which were designed to both match with the album artwork and catch the